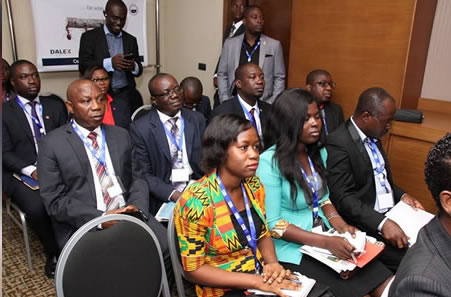 The 2015 Ghana Economic Forum has ended with a five year strategic agenda to ensure Ghanaians control a significant stake in various sectors of the economy. The two-day forum brought together business leaders and public officials to deliberate on the country’s economic challenges and the way forward.

The theme for this year’s edition was Ghanaian-owned economy Setting the Agenda and Achieving It. Vice President, Kwesi Amissah Arthur graced the opening of the two-day event. The first-day of the forum saw discussions on two topics Forging a partnership to improve public sector performance and delivery and Public Private Partnerships as a solution to the energy crisis The 2015 Ghana Economic Forum was climaxed with focused group discussions on energy, infrastructure and debt-financing. Resolutions from the three (3) sessions were used to establish a provisional communique.

The energy session for instance established that, it is about time the country focused on developing other alternative sources of power by evaluating all options but also prioritizing given that the over reliance on the Akosombo dam over the years is largely to blame for the current energy situation. The infrastructure session also established the need for a clearing house regarding things that other sectors. Also was suggestions for Ghanaians to play a significant role if ECG is to be privatized.

In the debt and finance session, it came to light that government needed US$15 billion over the next 10 years for infrastructure development. But with government financially constrained, Private sector participation was identified as key and thus Public Private Partnerships, PPP’s.

Government was urged to limit borrowing to improve macro-economic environment whilst munipacal assemblies were also impressed upon, the need to float municipal bonds to address the challenges of financing infrastructure at the local government level. The organizers were generally charged to ensure the recommendations get to President Mahama for implementation.